In Peru there is a network of dialogue that has allowed us over the last 18 years to maintain a joint perspective on key issues and means to reduce poverty. A mechanism of decentralized spaces that work at a national level and in the 26 regions of the country, where governmental institutions and civil society meet, with the objective of identifying means and proposals to fight poverty and inequality in a transparent, fair and efficient way: The Roundtable for the Fight against Poverty (MCLCP).

Based on dialogue, shared objectives and goals have been agreed upon at the MCLCP aimed at improving substantially public policies. The proposals formulated at the Roundtable have contributed to prioritizing children, promoting transparency in public spending, improving social programs and planning with a territorial and participatory approach.

Dialogue has helped to make public spending more transparent and to promote civic engagement, with proposals such as user-friendly access to the Financial Administrative Information System – SIAF of the Ministry of Economy and Finance – MEF, the formulation of Concerted Development Plans, Participatory Budgeting, priority activities in favour of children.

The MCLCP has implemented the “Concerted Monitoring”, a methodology to monitor performance indicators in social, economic, environmental and institutional development. This work has produced a series of reports that render problems visible and provide recommendations for the action of sectors and actors responsible for making them effective. The MCLCP has addressed topics such as teenage pregnancy, anaemia and malnutrition in children, vaccination, maternal deaths and neonatal mortality, HIV and TB prevalence, school operating conditions, the rights of children and adolescents, water and sanitation, disaster risk management, among others. For recommendations to be fulfilled, the MCLCP promotes a series of governance agreements that engage the future authorities since their candidacy.

It was created by Supreme Decree of January 18, 2001, as a result of an agreement between the Government and civil society and its operation was recognized in the Organic Law of Regional Governments. Its structure is decentralized, with national, regional and local levels. Each Bureau is governed by an Executive Committee composed of administrative sectors, civil society organizations and international cooperation, at the higher institutional level.

Its approach is aimed at achieving the Sustainable Development Goals, human development, and gender equity and equality. It understands poverty not only as a monetary limitation, but also as a multidimensional issue, involving any need, barrier or difficulty that affects human rights and impedes the full development and a dignified life for all people. Its contribution to the fight against poverty in the country is, without a doubt, significant.

A wide range of initiatives to address racism across a broad range of policies to ensure equal respect for human rights for all. 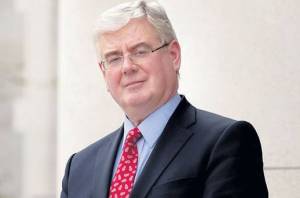