Strengthening Democracy and Respect of Pluralism

Diversity and pluralism are Indonesia’s core strength, embodied in the state ideology and Constitution. Indonesia’s pluralism is given, but it must be nurtured. For the past 20 years, Indonesia has been continuing the reform to advance democratic values and respect human rights.

In Indonesia today, democracy and pluralism become the driver to achieve social justice.

In the past 4 years, President Joko Widodo has placed the state’s presence in achieving such goal. Numerous economic development, poverty alleviation and disparity reduction are implemented to create better infrastructures for connecting thousand islands and millions of people.

The democratic landscape in Indonesia continues to be enhanced. The 2018 simultaneous local elections were successfully held in 171 provinces and municipalities/cities across Indonesia. Next year, presidential and legislative elections will also be held simultaneously. With all these progress, Indonesia managed to get the highest democracy index in ASEAN for 2014-2016.

Strengthening election process alone is not enough. For that reason, Indonesia has been pursuing bureaucratic reform and good governance. This creates an effective and accountable bureaucracy for better public services. It increases the legal development and the corruption eradication indexes of Indonesia.

As of February 2019, the government of Indonesia has established community-based “Forum of Inter-religious Harmony” in all 34 provinces of Indonesia. Another way to nurture respect of diversity is through creating broader access for cultural activities and education.

This positive human rights development can only be sustained if it finds a regional milieu that is conducive. Therefore, the continued leadership in advancing democratic values, human rights, and rule of law in ASEAN regional cooperation will be taken. Indonesia continues strengthen the work of the ASEAN Intergovernmental Commission on Human Rights as well as the operationalization of the ASEAN Institute for Peace and Reconciliation. Such leadership also applies in the advancement of political rights of persons with disabilities and the protection of the rights of migrant workers.

Indonesia continues to hold a strategic platform to promote dialogue and share best practices through the Bali Democracy Forum. The Forum advances democracy as a strategic agenda in the Asia Pacific region and beyond.

What Indonesia has been undertaking in promoting democracy and respect to pluralism shows that different backgrounds and faiths could live side-by-side in harmony. Indeed these efforts are not without challenges, but all countries should use every opportunity to embrace and manifest pluralism and democracy into a positive energy, for the greater peace, stability, and prosperity. 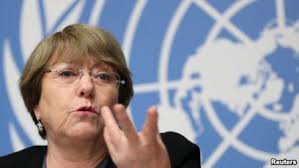 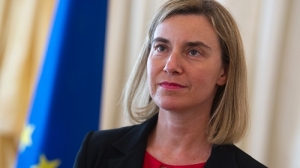 “We showcase tens of success stories from all around the world. I hope they can inspire thousands, as they have inspired myself and I believe all of us who have been working on this from the beginning. In sharing our stories today, I believe we are marking a commitment to continue working together, aspiring to have more and more countries joining, strengthening human rights all over the world together with the United Nations.”
Full remarks 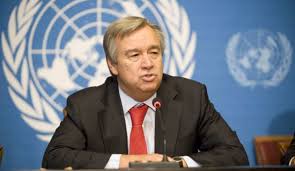 “Often, the world’s spotlight is focused on the bad news – the human rights challenges and setbacks, the human rights agenda losing ground mainly to the national sovereignty agenda. But we know there is more to the story. These good stories deserve to be shared – not only to celebrate the achievements of those who made it happen, but to serve as an example and inspiration for others around the world.”
Full remarks